The family of a Briton who was found dead with his wife and one-year-old daughter in a remote California hiking area are heartbroken by their deaths and still have no idea how they died .

Jonathan Gerrish, 45, his wife Ellen Chung and their daughter Muji were found by search teams in the area of ​​the Sierra National Forest known as Devil’s Gulch on Tuesday.

A spokesperson for the Mariposa County Sheriff’s Office said the family of three was discovered on a hiking trail and not in a tent. The family dog ​​was also found mysteriously dead, prompting authorities to treat the isolated site as a hazmat scene.

Detectives said there were no signs of trauma to the bodies and no suicide note was found.

Mr Gerrish is a software developer for Snapchat, previously worked for Google and is from Lancashire.

Speaking from his home in Bamber Bridge, Lancashire, his father Peter, 70, said: “The family are just in shock – heartbroken.”

But when asked if he had received any further updates or if he was in contact with US authorities, the grandfather added: ‘We haven’t heard anything more.

Jonathan Gerrish, his partner Ellen Chung and their one-year-old daughter were found dead near an area called Devil’s Gulch in a remote part of northern California on Tuesday. 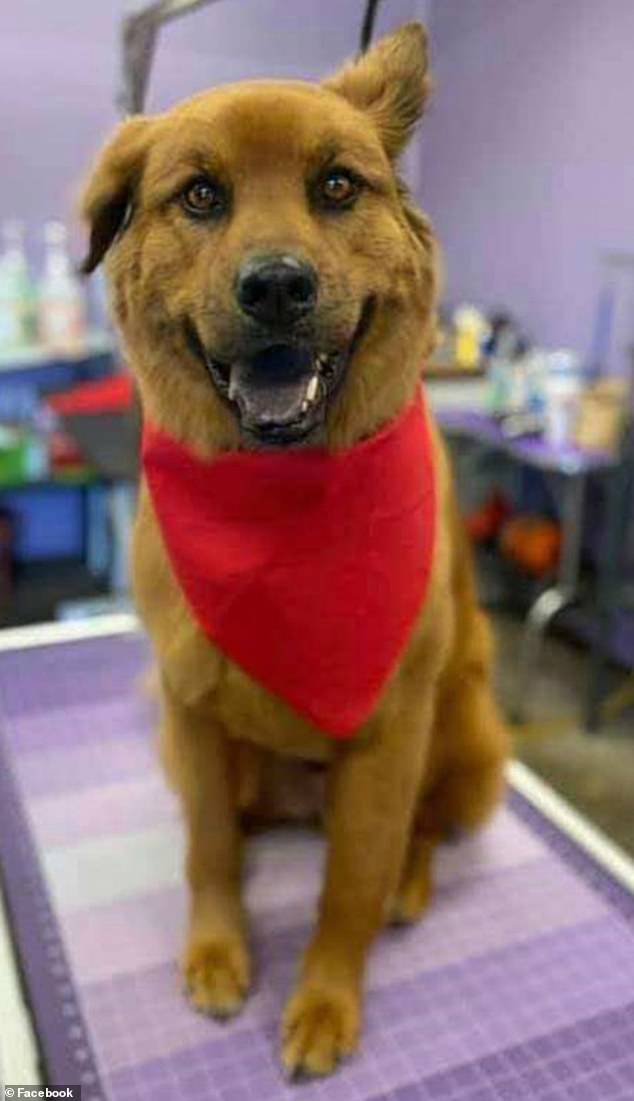 Kristie Mitchell, spokeswoman for the sheriff’s office, said investigators are still working to determine the cause of their deaths.

“It could be a carbon monoxide situation. That’s one of the reasons we’re treating this as a hazardous materials situation,” she said.

“There are several abandoned mines in the area and in an abundance of caution or recovery team is taking precautions for any toxic gases, particulates in the area,” Mitchell added. “So far, no measurable poison has been recorded.”

Mitchell also did not rule out possible exposure to toxic algae. She noted that the bodies of the deceased showed no signs of trauma and no suicide notes were found.

According to a 2013 Reuters article, two gold and silver miners died in Colorado after being exposed to deadly levels of carbon monoxide, and 19 others fell ill.

Dr Mike Nelson, professor of mining engineering at the University of Utah, has cast doubt on the theory that carbon monoxide emissions from a former gold mine may have been to blame for the deaths .

In a telephone interview with the DailyMail.com on Wednesday, Nelson explained that gold mines are not known to produce carbon monoxide, and even if the gas was present it would have risen into the air.

He also noted that the family was found outside and not in an enclosed space where exposure to carbon monoxide could be deadly.

As of Wednesday afternoon, the family’s bodies remained in the canyon, about 2 miles from the trailhead where their vehicle was found.

“The area is so remote that workers have to leave the area just to receive a signal to communicate with headquarters,” Mitchell said.

The bodies will be transported to the medical examiner’s office today and will undergo autopsies tomorrow.

This map shows the remote in Mariposa County, Calif., where the bodies were discovered on Tuesday

The bodies were located near the Hite Cove Trail, known especially in the spring for its spectacular displays of wildflowers. 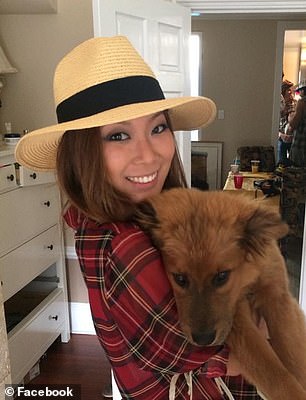 If the medical examiner decides to perform toxicology tests, the results could take up to six weeks.

A friend had reported the family missing at 11 p.m. Monday night after Gerrish and Chung failed to show up for work that day, Fox 26 News reported.

Gerrish and Chung, of Orange, Calif., were last heard from on Sunday morning when they uploaded a photo of a backpack. Rosanna Heaslett, the family friend, said they were hiking on weekends.

The family’s gray Ford Raptor was located near the Sierra National Forest gate early Tuesday. The bodies of the couple, their daughter and their dog were found between 9:30 a.m. and 10 a.m.

“It’s never the result we want or the news we want to break, my heart breaks for their family. Our Sheriff’s chaplains and staff are working with their families and will continue to support them during this heartbreaking time,” said Sheriff Jeremy Briese.

The sheriff’s office is investigating the deaths with the California Department of Justice.

The remote area where the bodies were found had no cellphone service, Mitchell said. It was near the Hite Cove trail, known especially in the spring for its spectacular displays of wildflowers.

KITCHEN- It’s no secret that the Region of Waterloo is known for its tech talent. Recently, this talent has been recognized with some statues which are also distributed to famous actors in Hollywood. Kitchener resident Chris Dinn recently received a surprising phone call. “They called me and said the Emmys told us we won an […]

US IT consultant Perficient Inc has acquired Uruguayan software developer Overactive, nearly doubling its presence in Latin America. Overactive, based in Montevideo, Uruguay, has annual revenue of $40 million and employs more than 700 IT professionals in four countries in the region, including Colombia, Chile and Argentina. Overactive offers a range of IT services, such […]

Microsoft, the world leader in software, has enabled young girls to enter the field of software application development. The Microsoft Power platform has made it easier for even elementary school students to develop custom apps to suit their needs, said a press release posted here Thursday. The Power Platform is ideal for automating core business […]